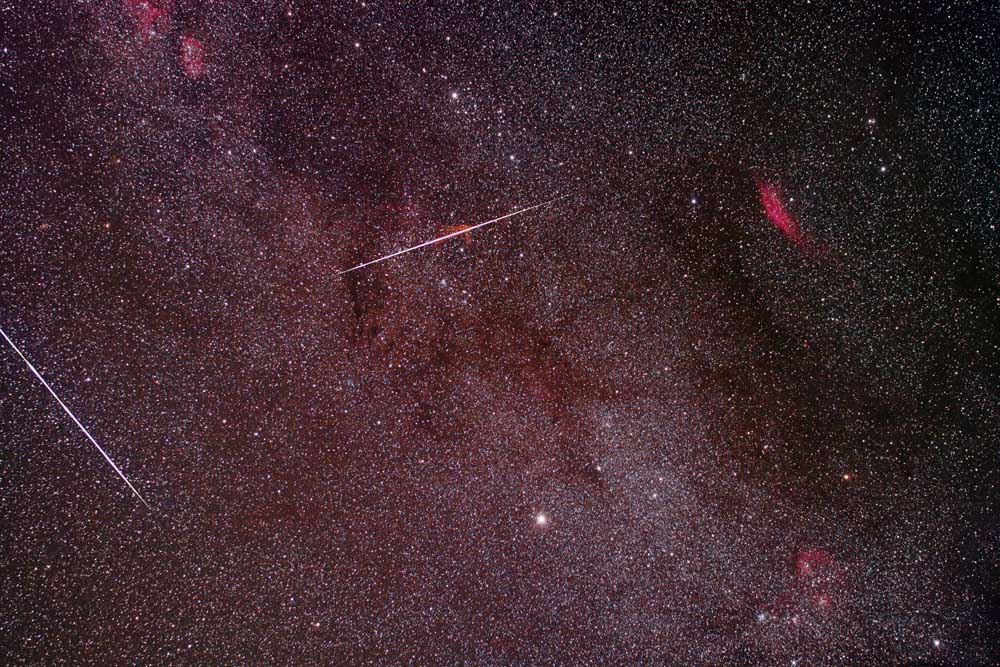 33x4 minute exposures (about 2.25 hours) from the Davis Mountains, October 2008.  Canon 20Da (modified),  AP 900GTO mount, and Nikon 28mm f2.8 lens at f4.  As of 2015, I'm now thinking these are probably satellites instead of shooting stars!  These are definitely shooting stars.  I spent a lot of time trying to fix gradients in the image, after starting with my Astronomy Image Processing Workflow. 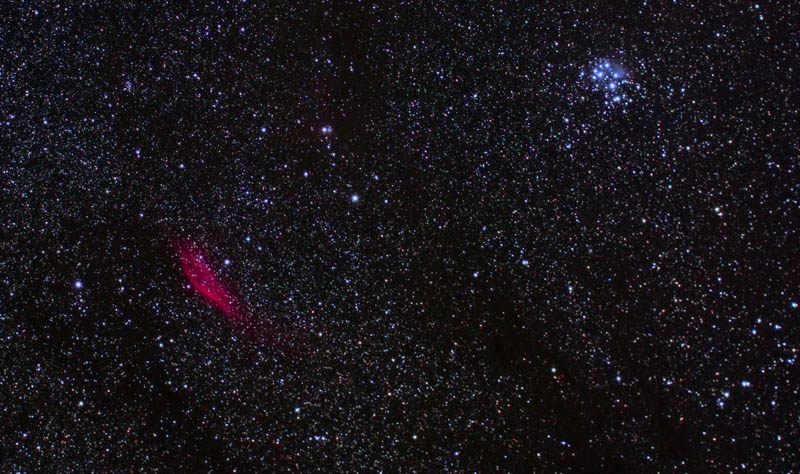 The California Nebula and The Pleiades

Some old film images are below:

This shot shows the same objects as my Perseus Area shot, plus the Pleiades left & lower than the California Nebula, Jupiter above and to the left of that, and just above these 3 objects is the constellation Auriga with the Winter Milky Way running through it.  The red nebulosity is IC405, the Flaming Star.  Above this is M38, and to the left and up a bit M36, and further in the same direction M37 (very small in this very wide-angle shot!

This shot is centered on the Alpha Perseus Association, which looks like an 'S' in binoculars.  On the far right is the famous Double Cluster (NGC869&884).  Above that you can see the red nebulous areas of  IC1805 (right) and IC1848 (left).  These are known as the "Heart and Soul" nebulae, with IC 1848 being the Soul and IC 1805 being the Heart.  IC1805 does look a like a heart in close-ups., and some astroimagers have referred to IC1805 as the "Sole" in that it does resemble the sole of a shoe in close-ups.

The California Nebula, looking a bit like the state, is the red object on the left.  M34 is very tiny n the middle bottom of the photo.  Kemble's Cascade is at the extreme top, above and to the left of the IC objects, it runs up and to the left