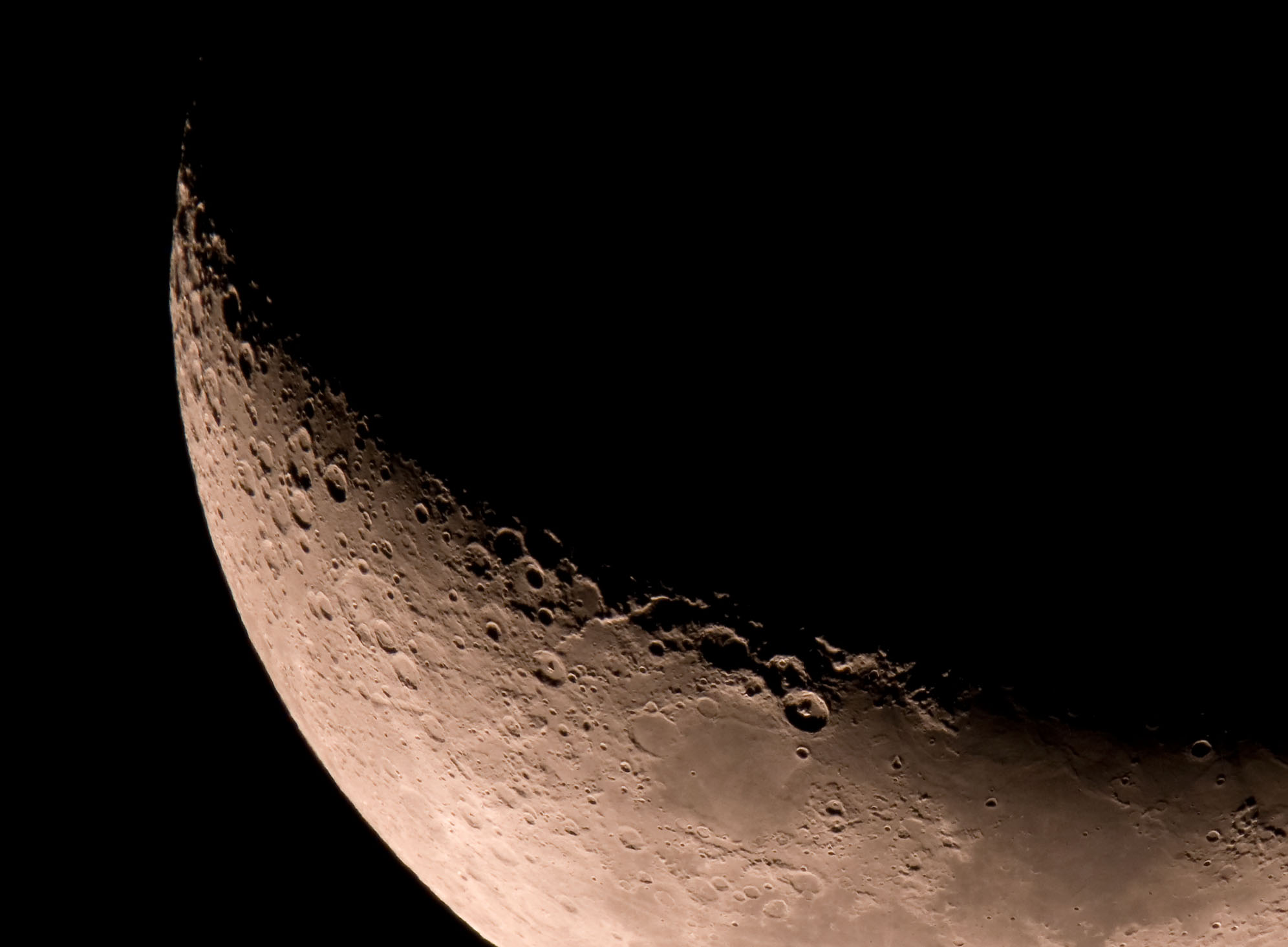 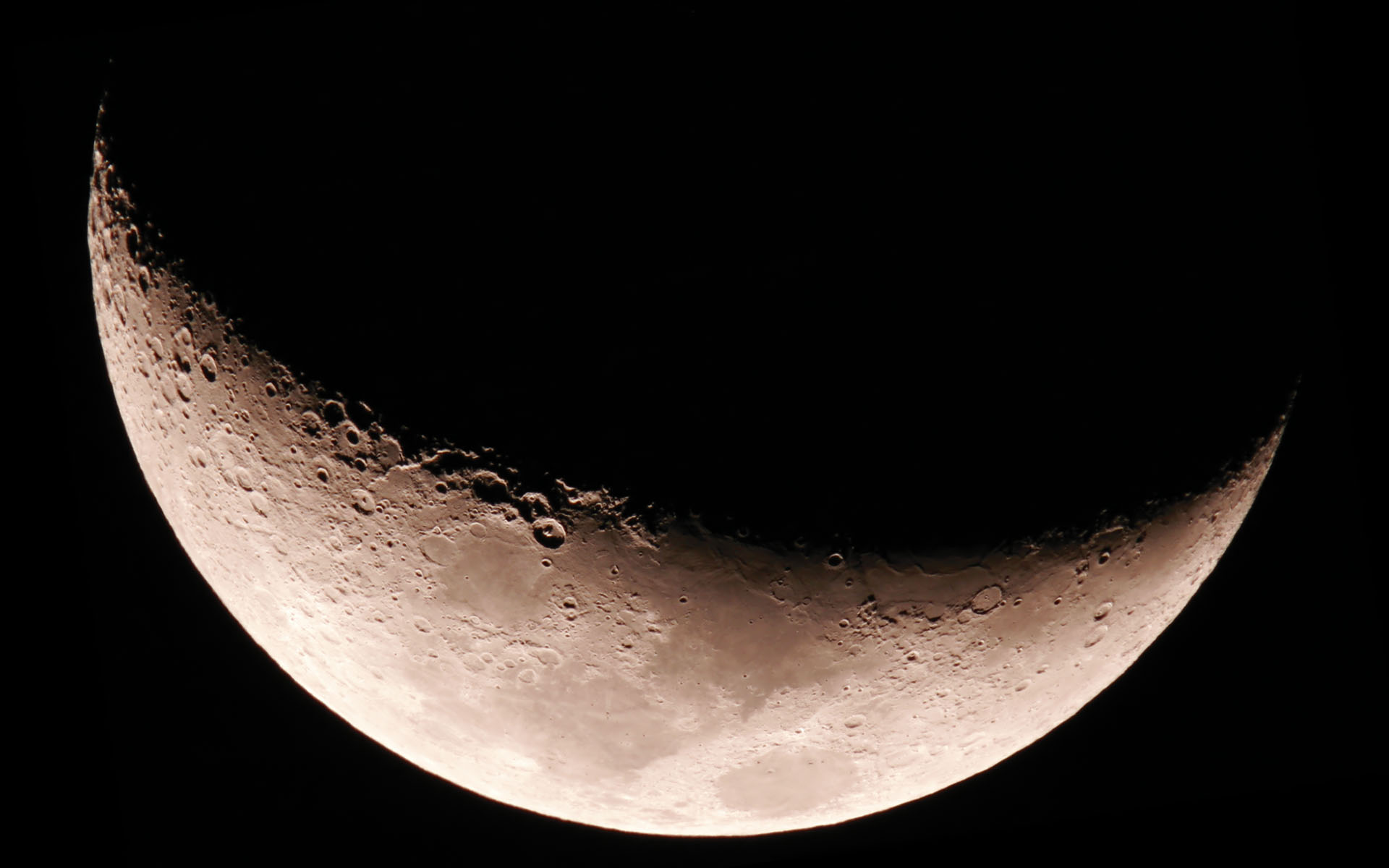 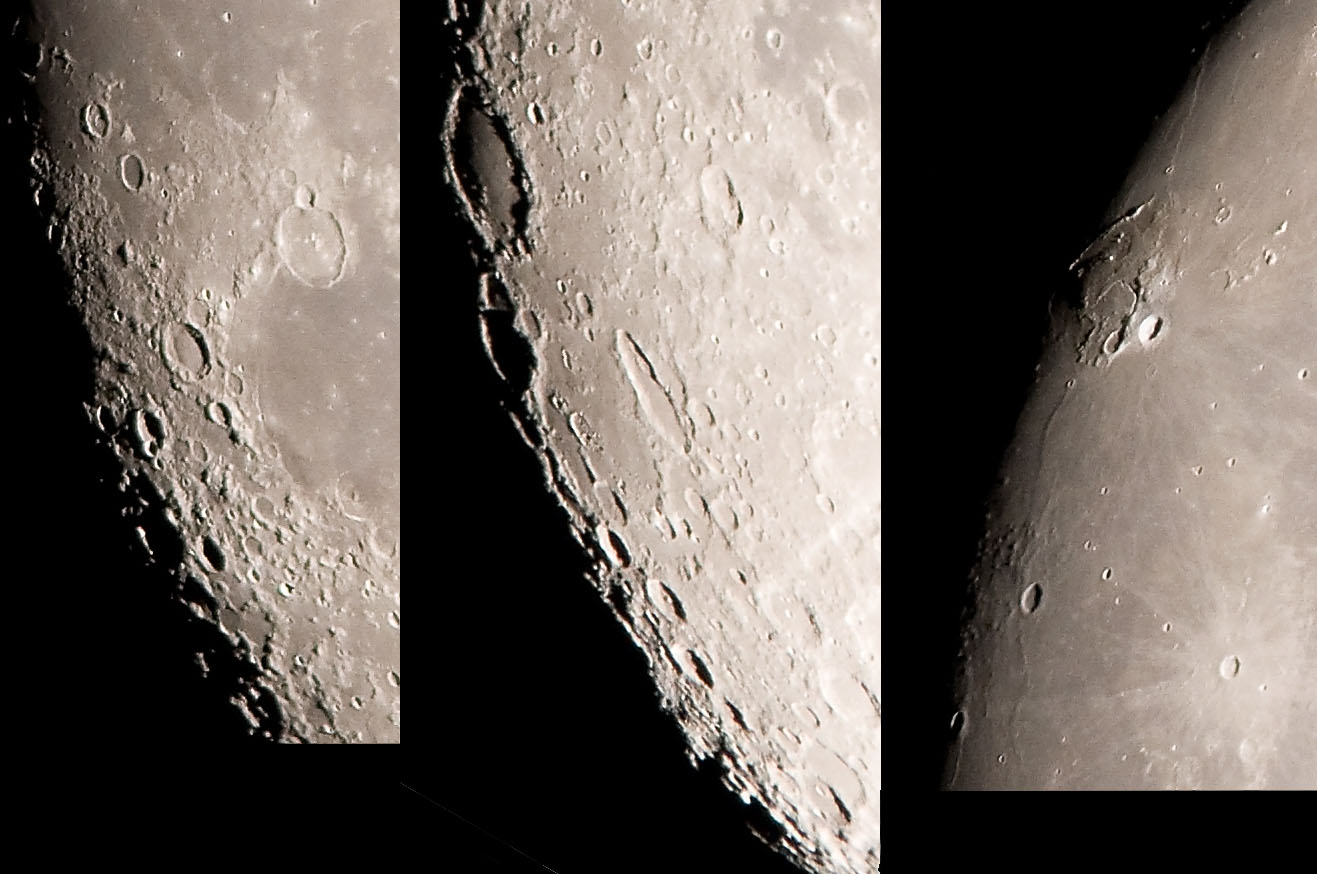 I tried some DSLR moon photography at the end of a lunar observing session 1/19/2007, assisted by Bill F.  "VALLIS SCHROTER" was well seen, as shown in the right-most image.  Dennis B. from the FBAC notes: Ah! You just missed getting Wargentin but the Sun wasn't up high enough yet on the Moon! Phocylides, Nasmyth, and Schickard are obvious, so if you has imaged a couple of hours later, Wargentin may have just had a bit of sun light.  (The large crater on the top of the middle image is Schickard, with Nasymth right below, and Phocylides  and below that.  Wargentin is just to the left of all that!)
The Virtual Moon Atlas provides the following data on Vallis Schroter:
Size:
Dimension: 165x165Km / 97x6Mi
Height: 1000m / 3000ft
Height/Wide ratio: 0.0063
Description:
Remarkable rille. Directs to the North then turn to the West. Width varying
6 to 10 km. decreasing to 500 m to its West extremity.
Begins to 25 km to the North of Herodotus by a lengthened craterlet called
'the Head of Cobra'. Floor covered by a 200 m wide rille.
Seeing was pretty good and I was able to get a decent focus I think.  The moon was pretty much straight overhead at 10:16 when this image was made.  (Straight overhead means crawling around on the deck to check your framing...)  The above is a combination of 3 sections of a single exposure, 1/160s at ISO 800.  Canon EOS 20Da (unmodified), Takahashi TOA 130 (a 5" APO refractor) with 1.6x extender, and Astro-Physics AP 900GTO mount. 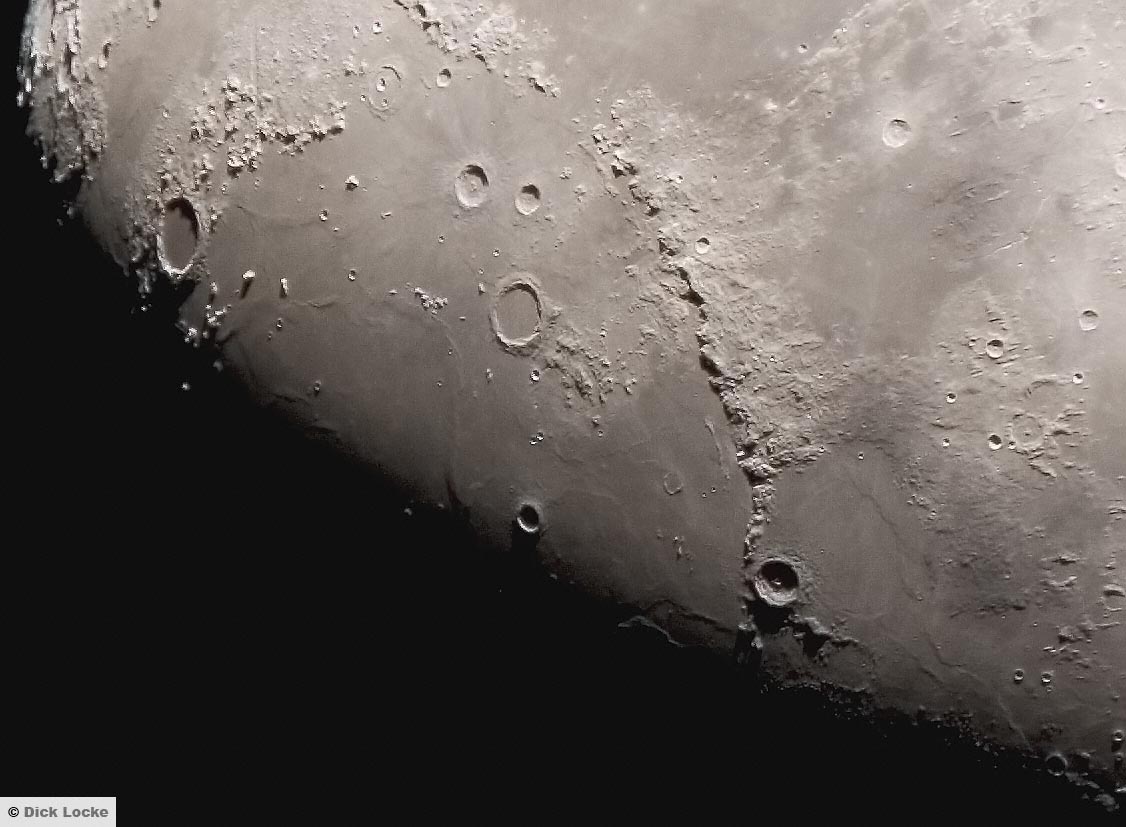 2/25/2007 at 7:52 p.m. central time.  The crater Eratosthenes sits at the bottom of the mountain range Montes Apenninus bordering Sinus Aestuum, atop Mare Imbrium in this shot.  The large crater to the left of the mountains is Archimedes, and the crater to the upper left is Plato.  Lunar Phase Pro tells me that the moon was 68.2% full, aged 8 days 8 hours at the time.

As I take a fresh look at this image I'm seeing some thing's that I think I can do to improve the processing, but it's "not bad." 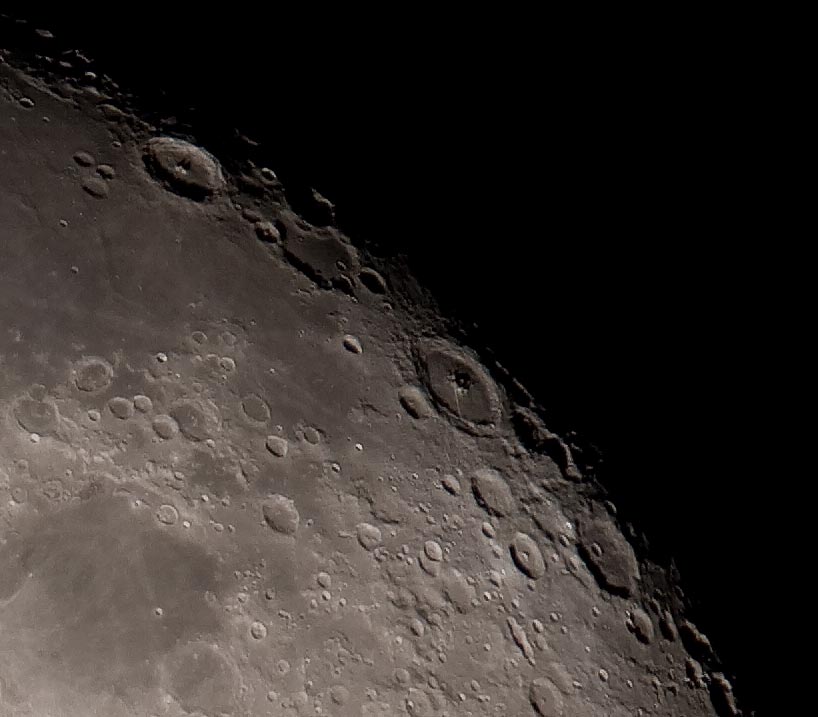 Petavius and Rimae Petavius are shown

Here are some grab shots of the moon the 10/2007 while shooting Comet Holmes (17P/Holmes).  Langrenus is the prominent crater upper left.  More info on Petavius is here. 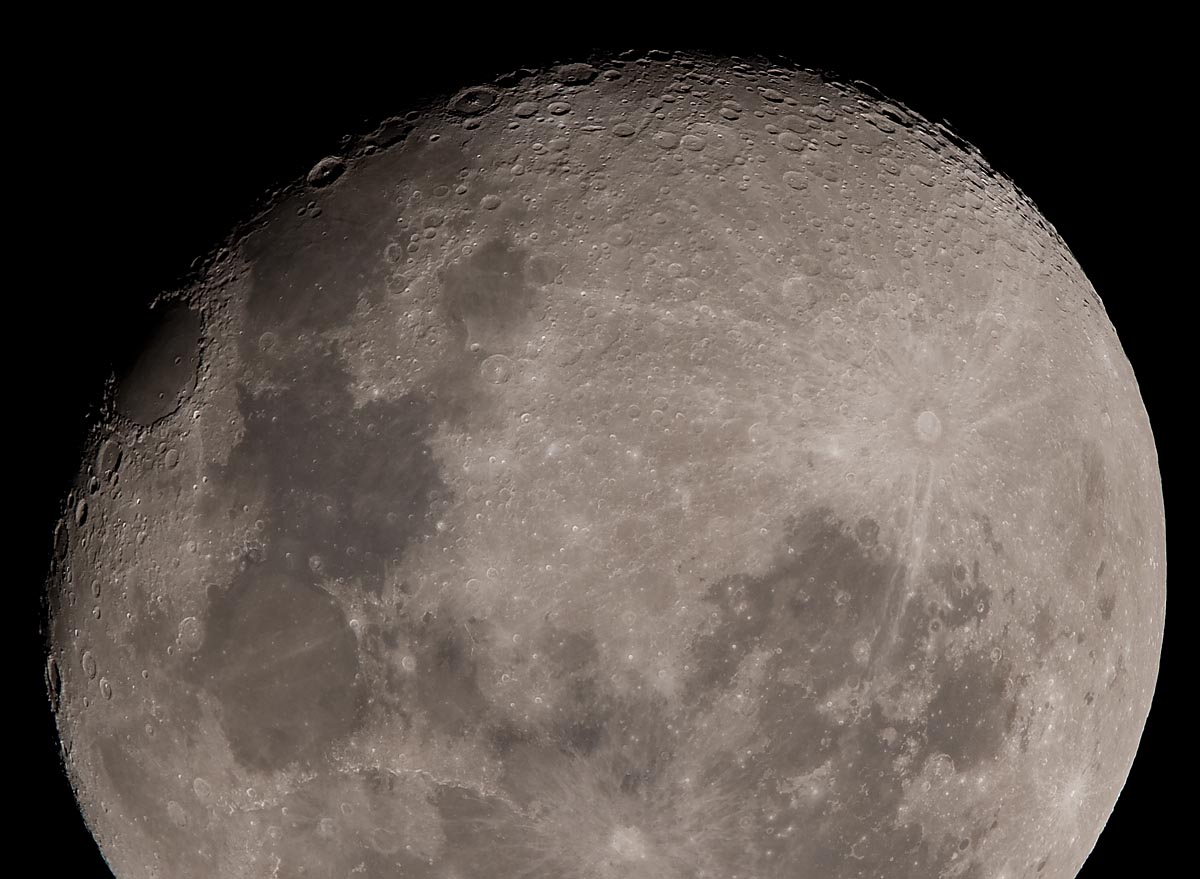 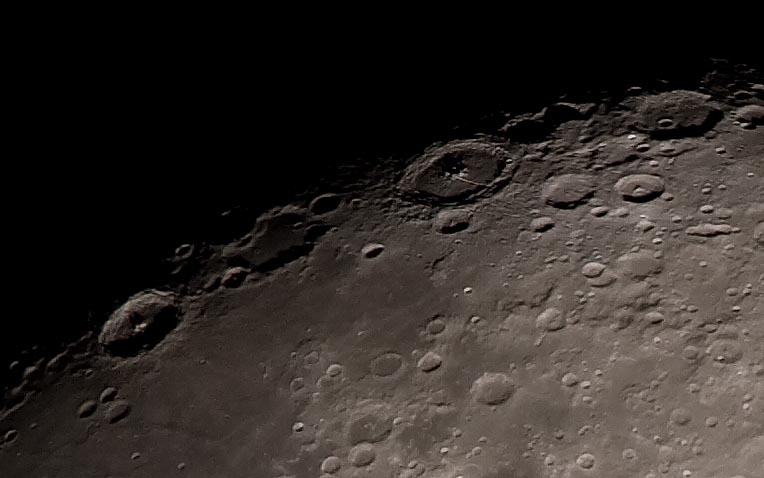 Another view of Petavius

My "main" moon page is here.

Copyright © 2007-2009 by Dick Locke.  All Rights Reserved.
Contact and Image Use Information