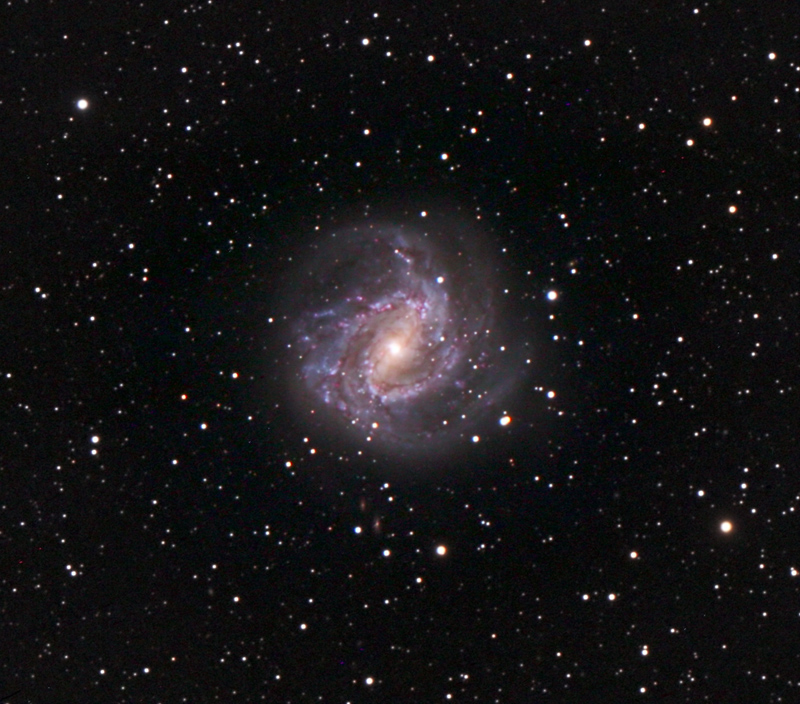 A nice spiral galaxy way South of Corvus the crow, in Hydra (!), between Virgo and Centaurus.     How often do we northern latitude dwellers look in Hydra?  This is pretty low in the Southern sky from Texas.   It barely clears 30 degrees  above the horizon at the HAS site.

Object SEDS Info.  Sometimes called "Southern Pinwheel."  "M83 was discovered ... on February 23, 1752;...It was next cataloged by Charles Messier on February 17, 1781; from his mid-northern location in Paris (at 49 degrees Northern latitude), it is such a difficult object that he stated that: "One is only able with the greatest concentration to see it at all."  So this is yet another object for which a southern US location is a big "astronomical" advantage ;-)

M83 is a big bright object and a highly recommended target if you have clear skies and can get good guiding. It's 30 degrees at its highest from this area, which is challenging territory for any extended period of time. Hitting it 2 nights in a row is best ;-) 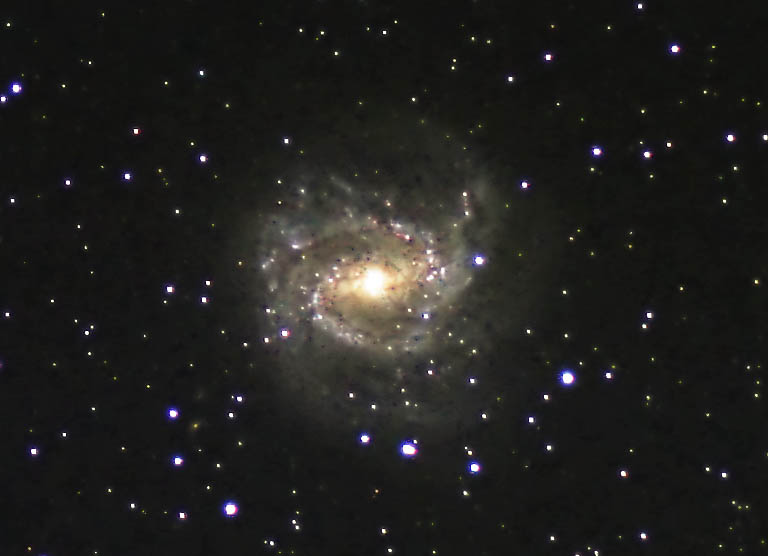 Other pix from my trips to the Texas Hill Country are here.

Copyright © 2006, 2008 by Dick Locke.  All Rights Reserved.
Contact and Image Use Information