This is my beetle picture page; my main bug page was getting crowded late 2016!. 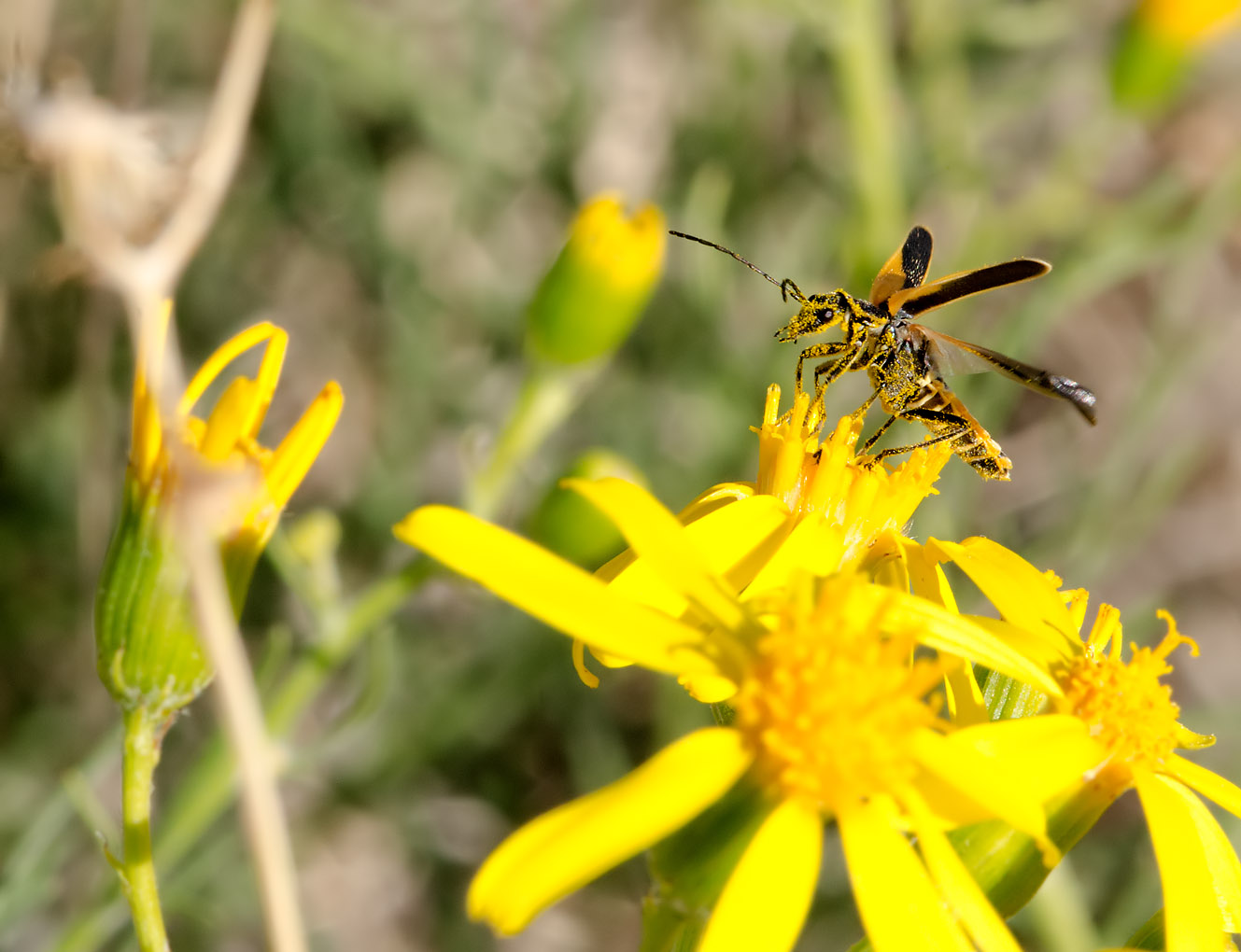 This guy looks like a miniature dragon.  Check all the pollen. Fall 2011 and more West Texas Wildlife pictures are here. 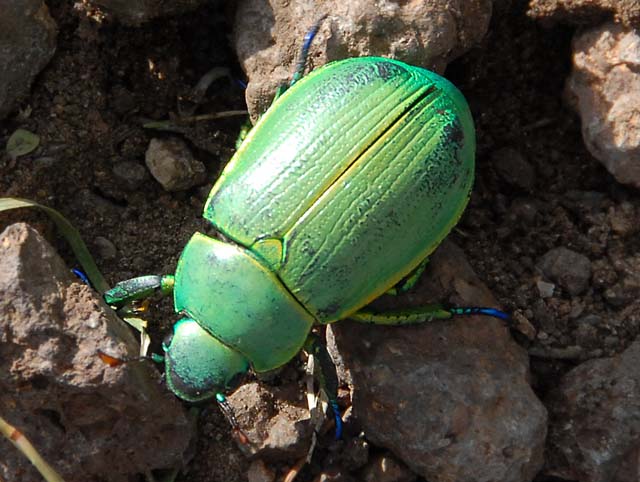 Update from Gil, who somehow was able to tell this species apart from the 1375 others in North America: The scarab beetle from 10/07 is Chrysina woodi, a species of jewel-scarab found in the US only in west Texas, where it frequents walnut trees.  Previously Gil had said: "This is a Scarab beetle. family Scarabaeidae. It is a stunner, but all I can tell you is that it is one of 1375 species of scarab beetle found in North America. I forgot who said it, but it was said that "God had an inordinate fondness of beetles" (and I once saw a beautiful coffee table book called "Inordinate Fondness of Beetles").  It appears J. B. S. Haldane is probably the source of this quote, or at least sentiment.  Davis Mountains, West Texas, 10/2007.

Gil says: "These I can say with certainty belong to the family Cantharidae, the Soldier beetles, which eat pollen and nectar. I do not know what species they are, but they are one of the 455 species in that family in North America."   Davis Mountains, West Texas, 10/2007.  Soldier beetles seem aptly named as they were furiously going about their business in great numbers.  There were hundreds of them on dining on whatever these wild dandelion/sunflower things are.

Note to self:  Bugguide link form is [url]http://www.dl-digital.com/Page-Two/Moths.htm[/url]