Last update August 2016.  Dragonflies make a good target in the dog days of summer.  They're readily available in the yard around our house, so I don't need to leave the air conditioning for long.  They're also a fun target when I go to the Starry Nights B&B.  Here are "7 Facts You Didn't Know About Dragonflies" courtesy of the mother nature network. 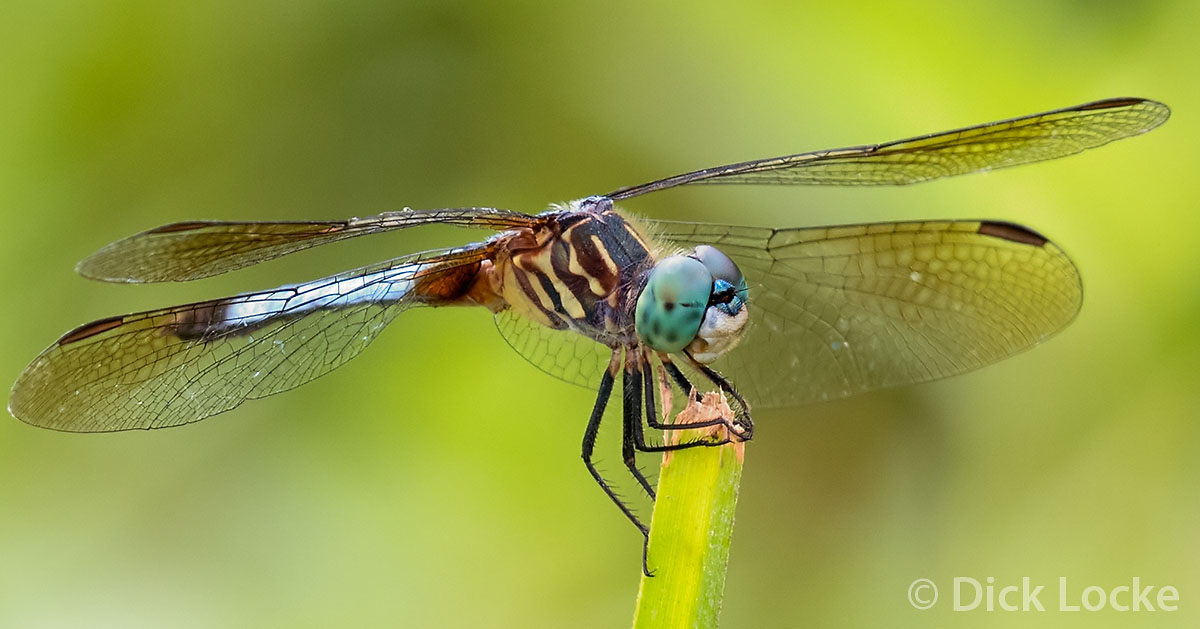 New June 2016:  Dragonflies are voracious predators ("dragonflies gotta eat!").  Pictures of dragonflies with prey are on this new page.

Let's go next with a big, colorful picture of mating dragonflies from Wimberley Texas!  Scroll down for more info. 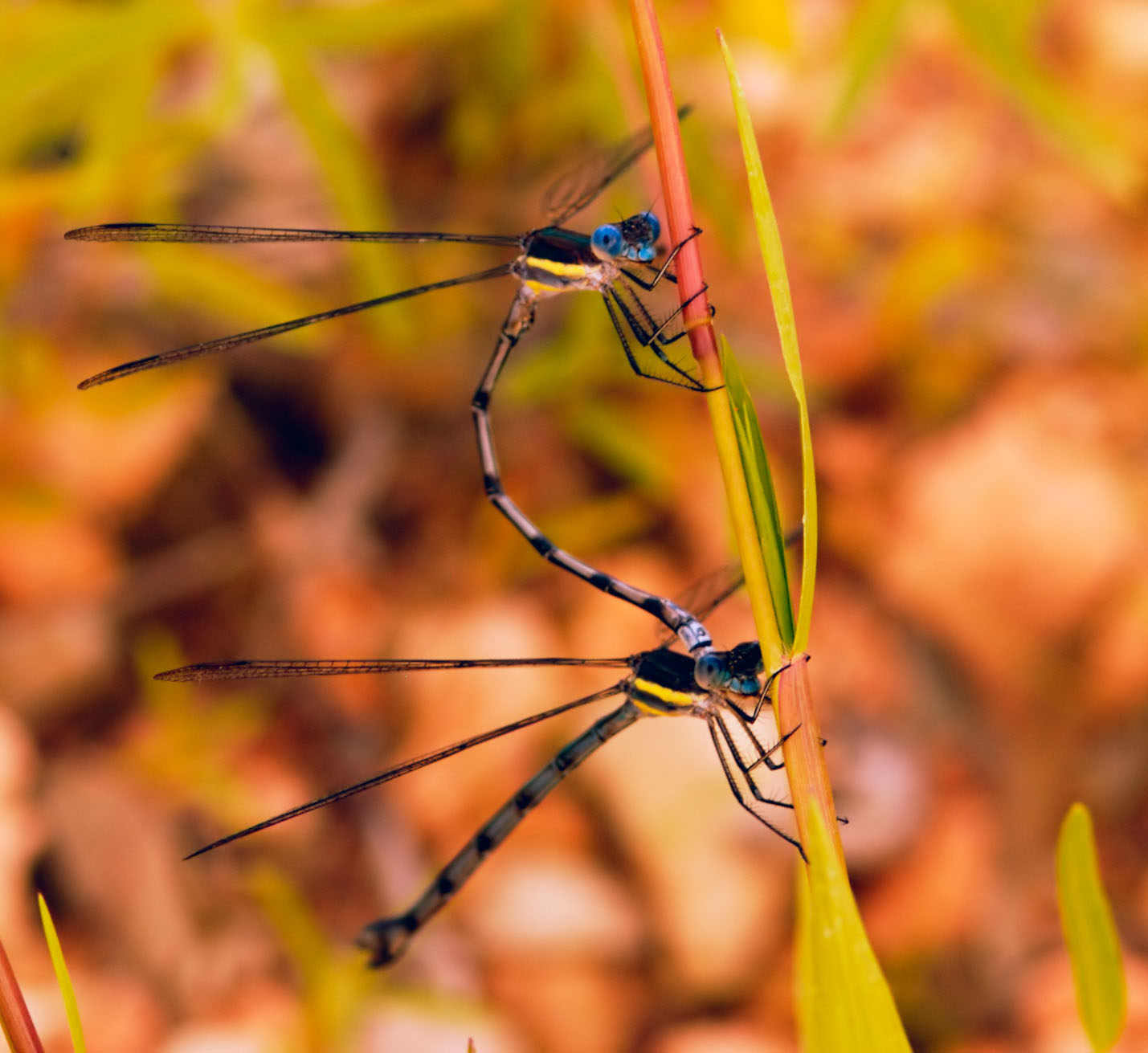 Many thanks to Gil for correcting me and pointing out these are not dragonflies as follows:  You can easily be forgiven for calling these dragonflies. Damselflies can be told from dragonflies by the facts that damselflies have widely separated eyes and have forewings the same size and shape as their hindwings. Thus, your photo shows damselflies. Your damselflies are extending their wings at rest (similar to dragonflies), thus belong to the family Lestidae, or "spreadwings". These are Great spreadwings, Archilestes grandis. Historically, this species was found from Venezuela to the American Southwest, but, like many other species, has rapidly expanded northward in response to global warming, and is now found to Vermont.

I pushed the colors on this one!  A more conventional version of the mating damselflies picture is here. 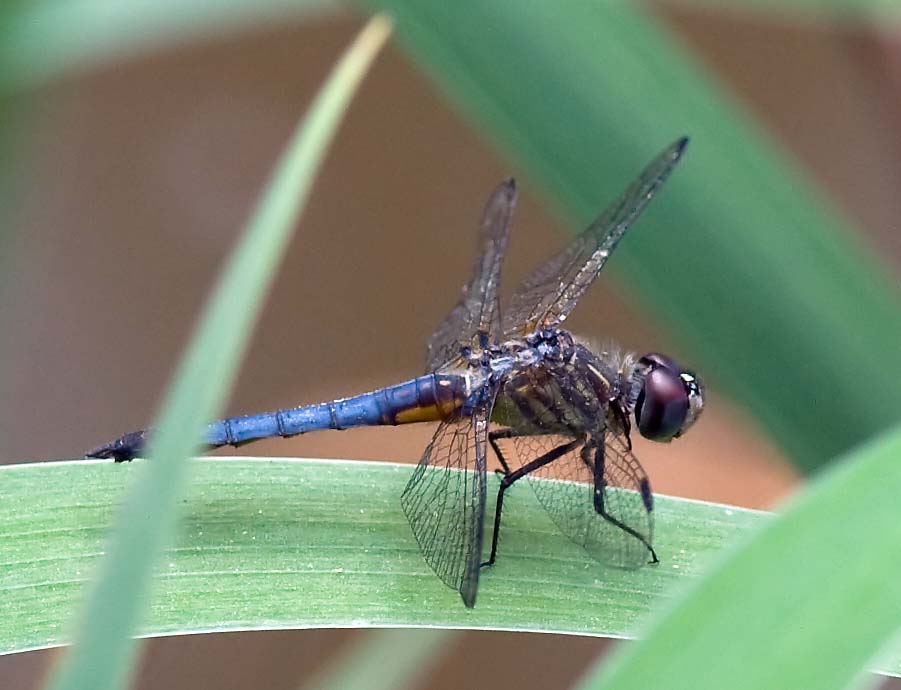 Gil: The dragonfly is a Blue Dasher, Pachydiplax longipennis, it is widespread throughout North America. Your photograph shows a mature female, which resembles the male but has reddish-brown eyes. 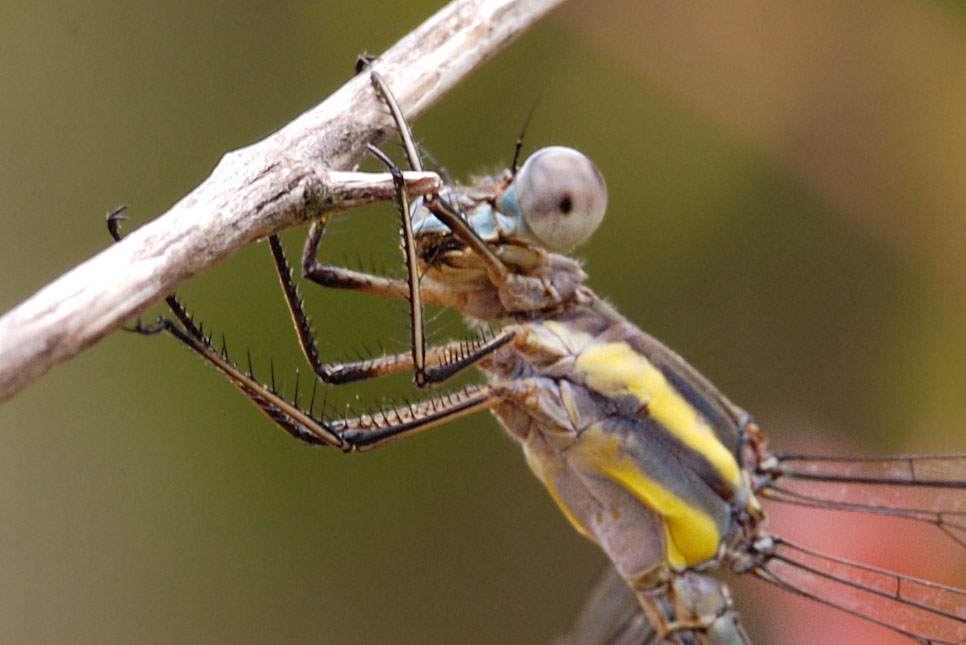 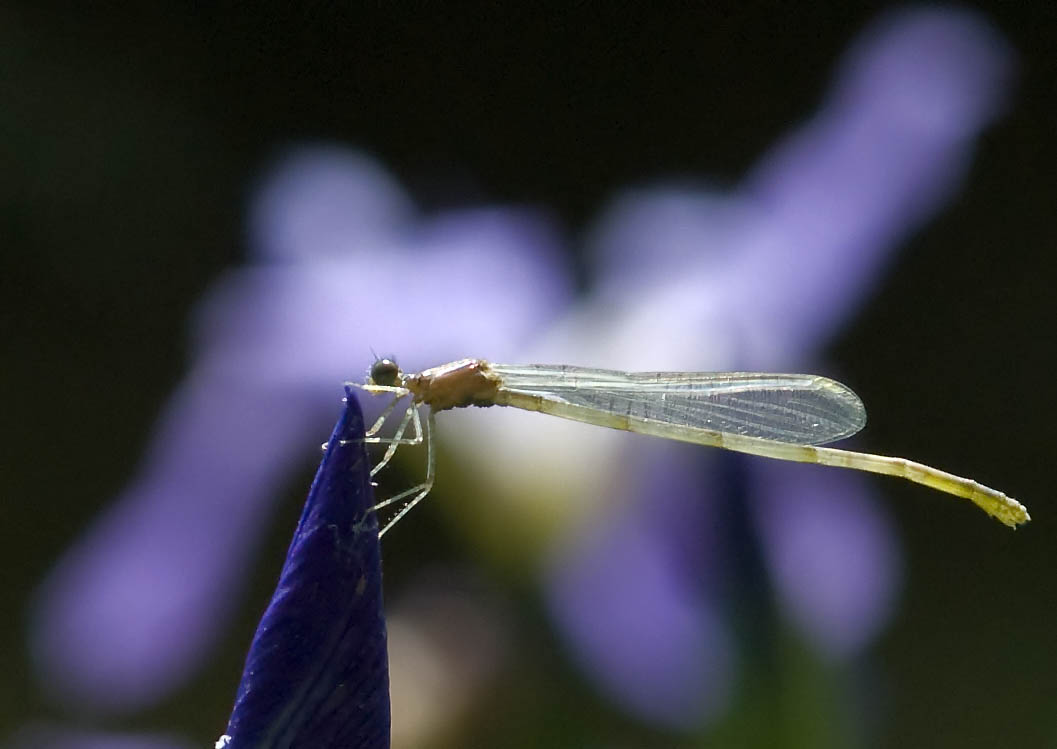 No ID on the Damselfly, I believe it just emerged/hatched, and is perched there to allow its exoskeleton to harden.  Gil noted: I suspect when you photographed it, it had just emerged as an adult, and had not acquired its color yet.  I observed: I believe you (Gil) are correct on the damselfly. I saw it land on the plant (it seemed a little wobbly) and then it just hung out there for a long time. It was very pale, almost white. No doubt it just hatched or whatever you call it ;-)
Damselfly pictures: Nikon Nikkor 105mm micro lens, 1/500 at f11 for above, 1/400 at f10 for top of page.  ISO 500 selected on Nikon D200 camera for all pictures.  See also the Marshland Flower page.