Over the nights of March 23rd through March 26th, 2012,  the Moon, Venus, and Jupiter did a little dance.  The images below are presented in chronological order. 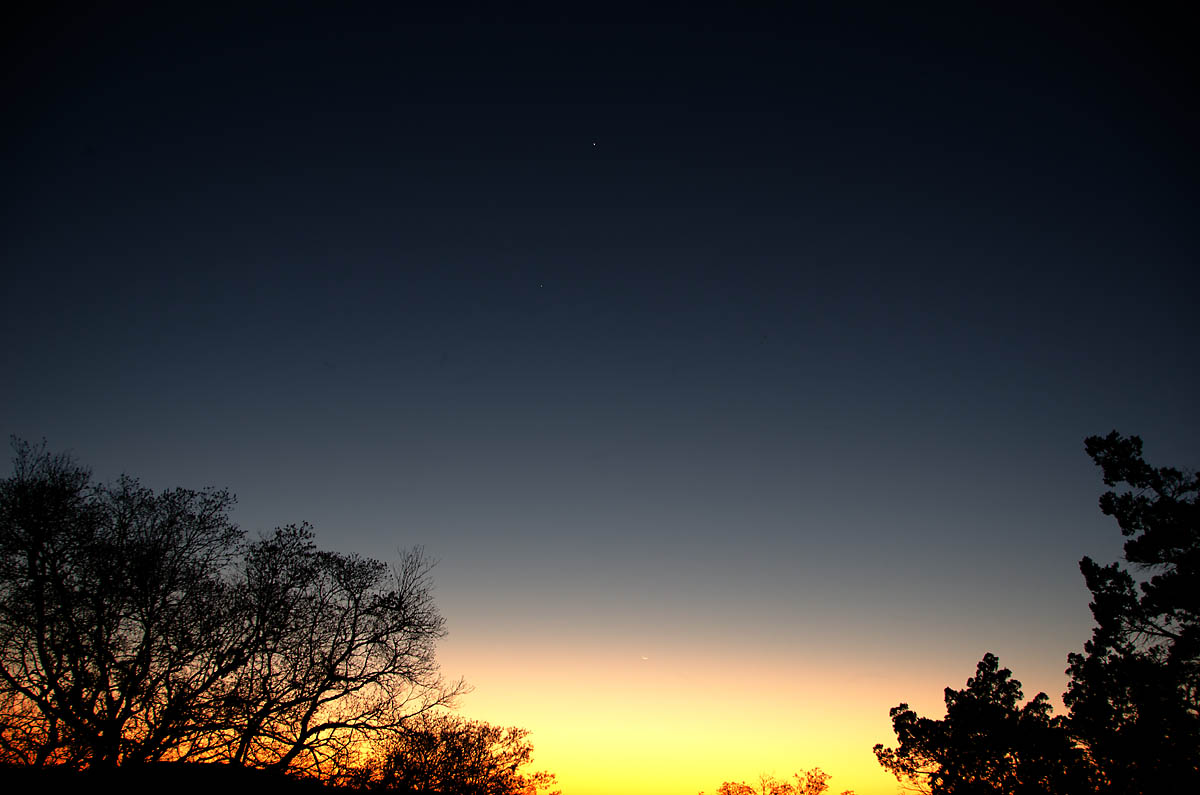 The moon was about 14 degrees separated from the sun and 2% illuminated.  We were able to see the crescent "naked eye" before the sun set.  Venus was easy to see naked eye during daylight, at magnitude -4.3 and about 45 degrees from the sun.  Through the telescope it was easy to see the half-illuminated (53%) crescent shape of the planet.  Jupiter is above and a bit left; Venus is on top.  Images with the Nikon D7000 camera and Nikon 18-200 zoom lens at ISO 1600 unless otherwise noted.  Exposure above was 1/10 second. 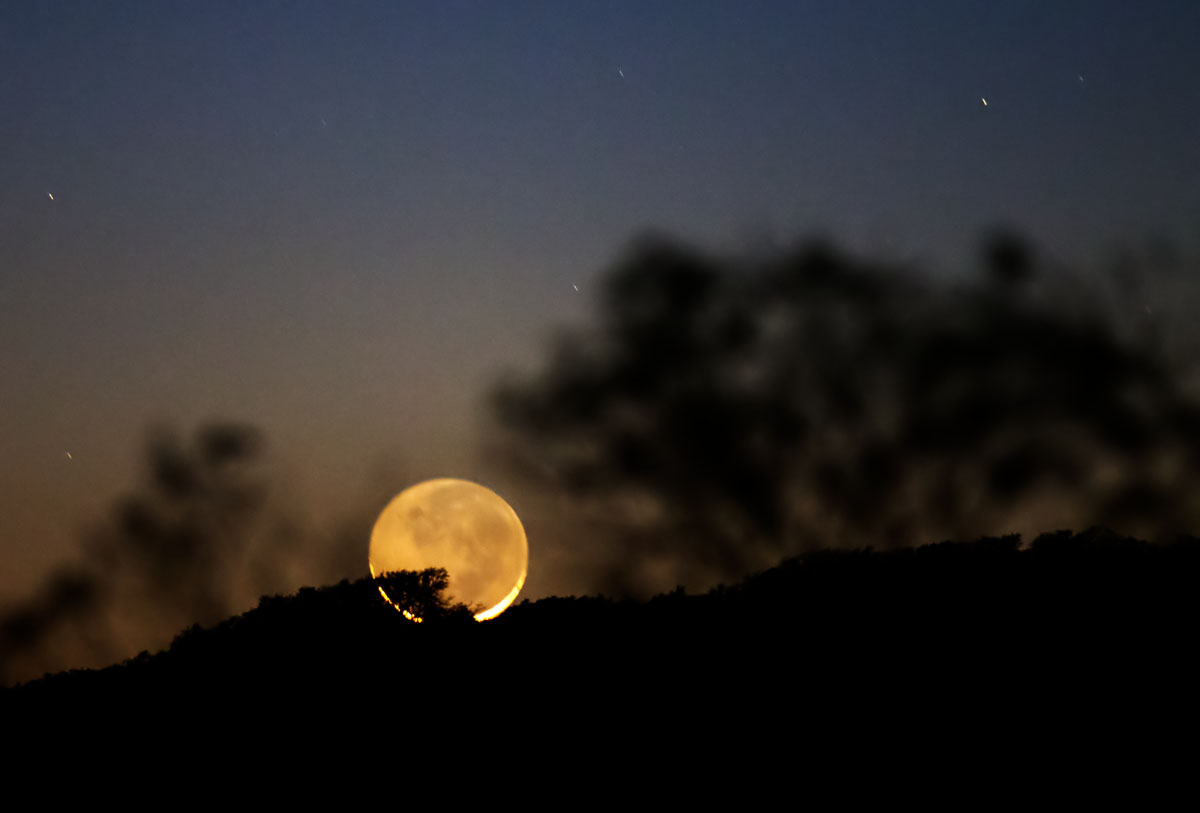 Also from Friday night March 23.  This one was with the Nikon 300mm f4 ED lens; 5 second exposure. 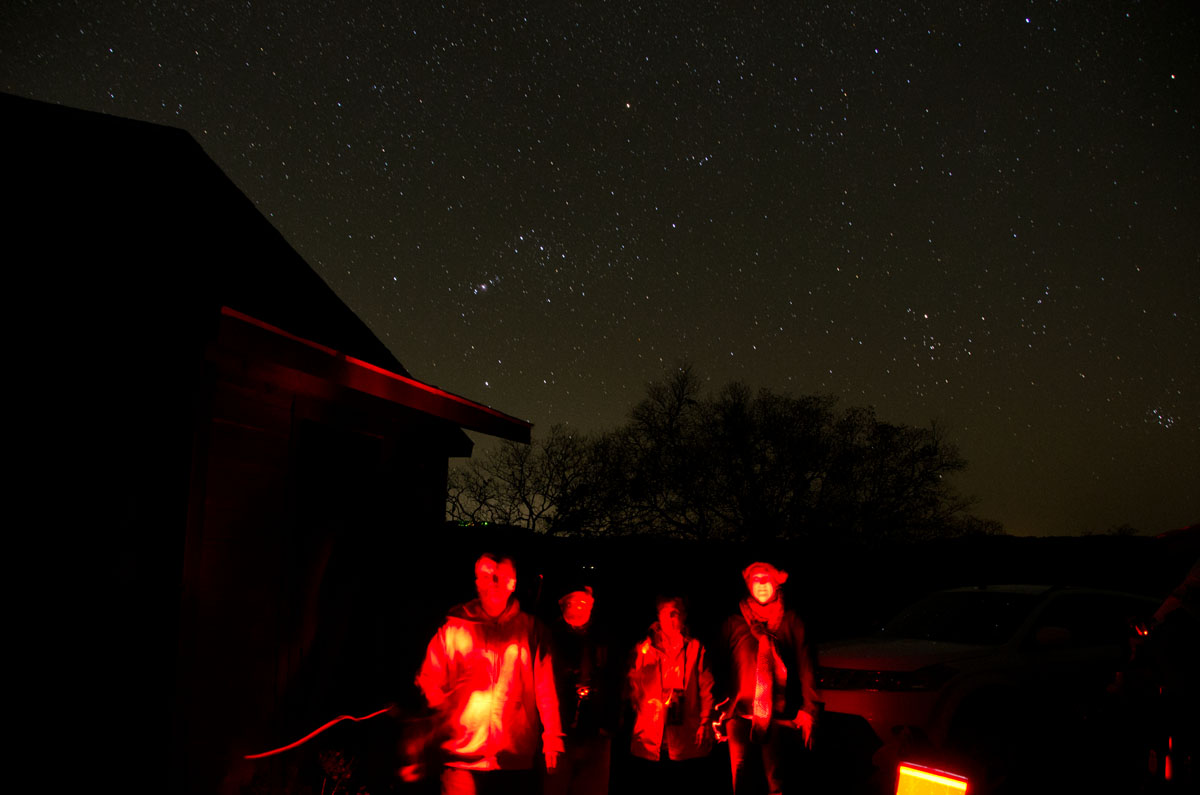 Friday Night Wimberley Astronomers Under Orion, Taurus, and the Pleiades

Christina and Larry joined Shirley and I at the Starry Nights B&B in Wimberley.  This is a 30 second exposure. 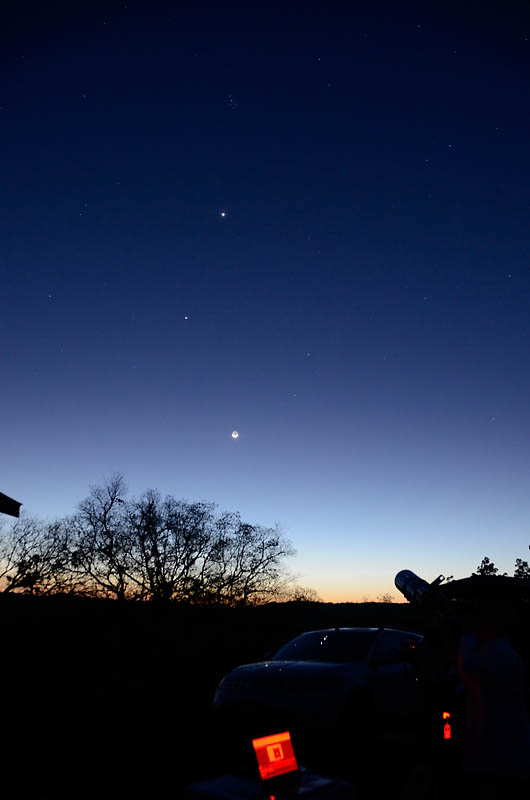 You can make out the Pleiades (M45) star cluster above the moon and planets in the image above.  You can also see the reflections in the car window, along with the red glow from the laptop and telescope controller.  The moon is now about 5.5% illuminated.  This is a 1.6 second exposure.  Starry Nights. 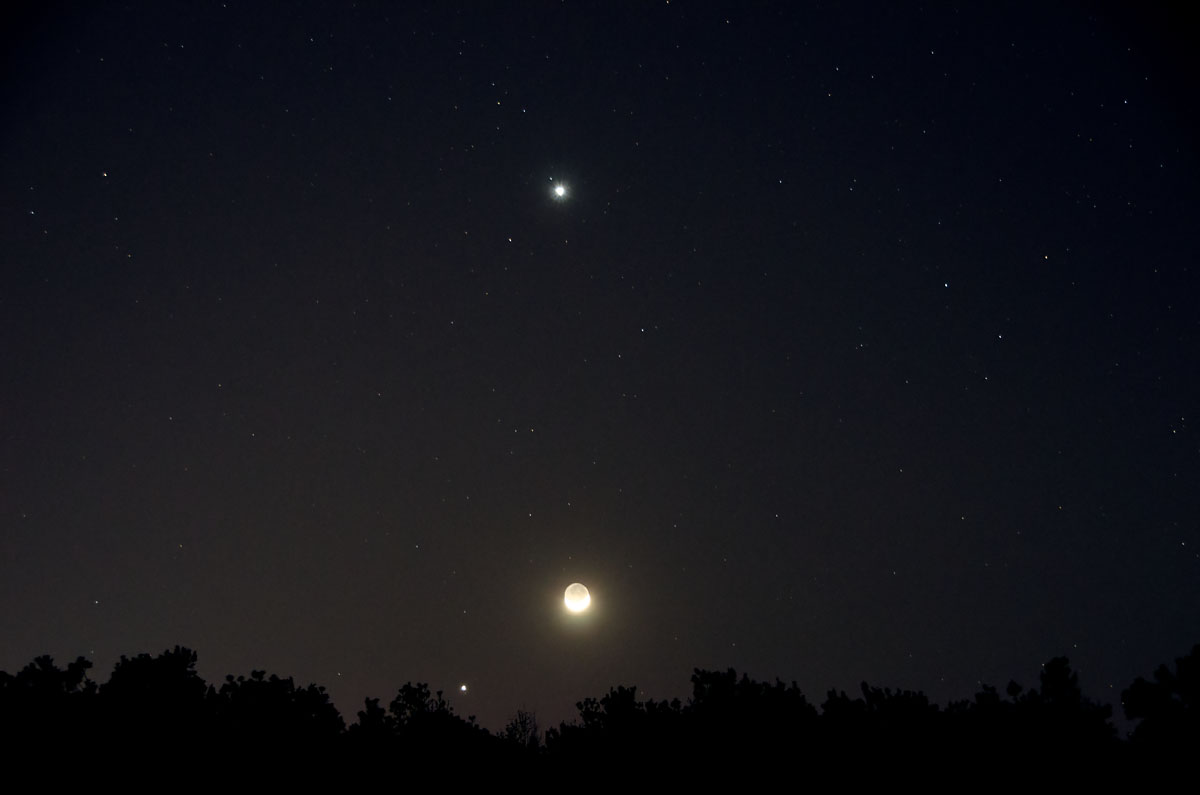 Sunday night March 25th, now from The Woodlands.  The moon is about 12% illuminated; this is an 8 second exposure. 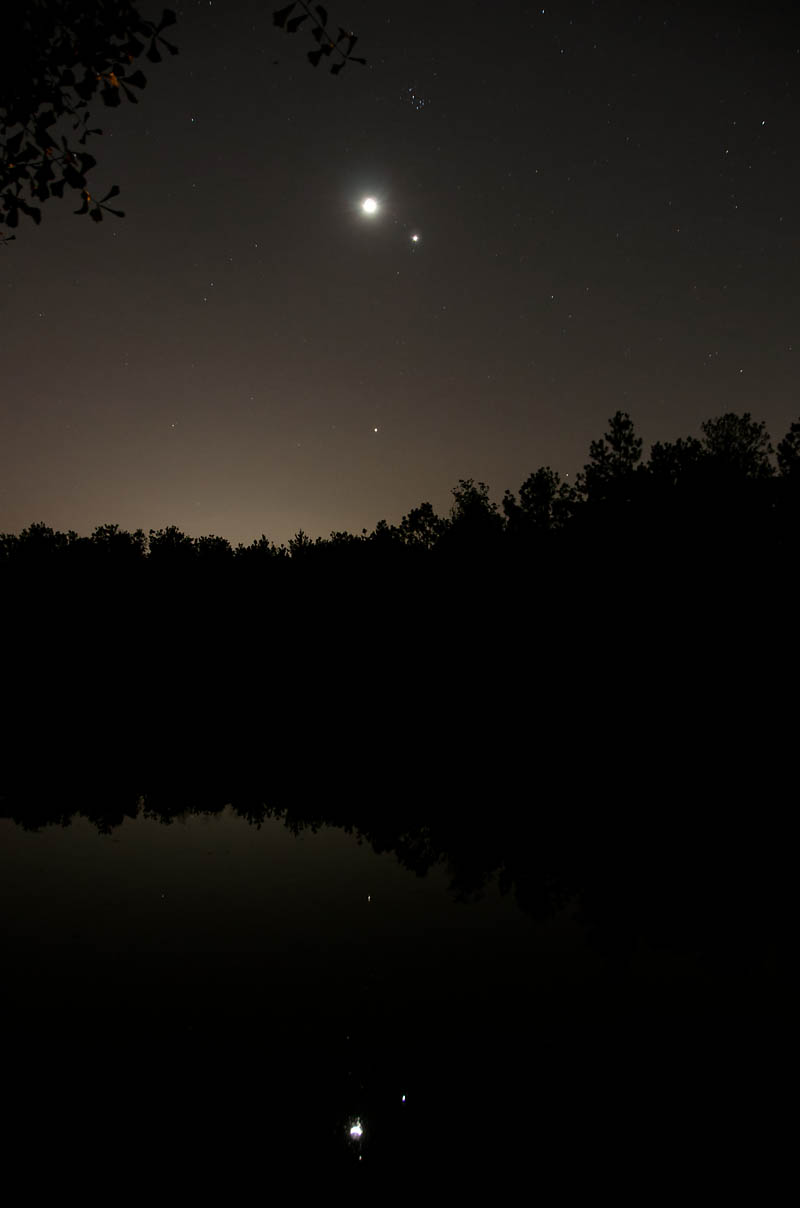 Last but not least, Monday March 26th, we can see Jupiter bottom, Venus, then the Moon and Pleiades star cluster.  This is a 4 second exposure.