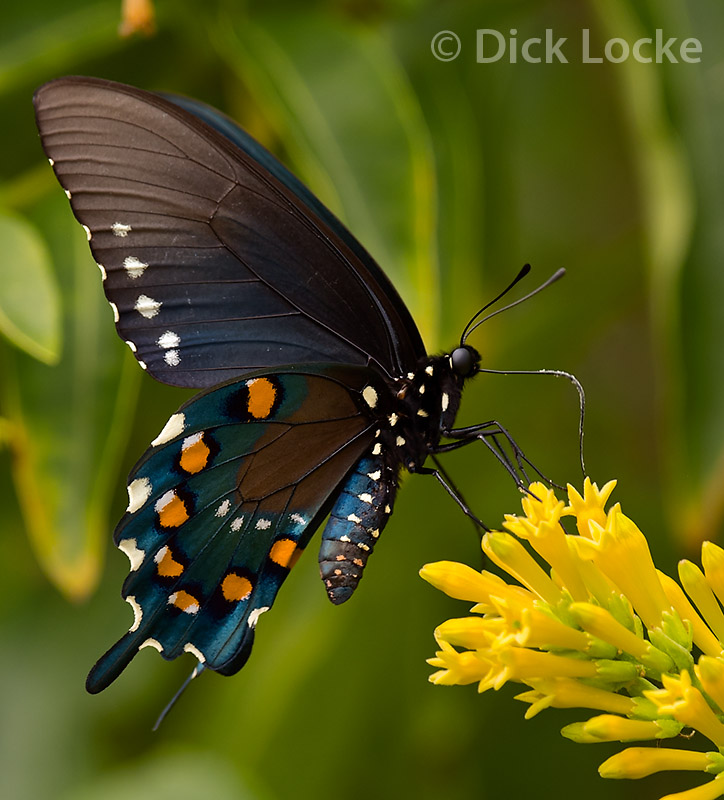 Pipevine Swallowtail, Battus philenor.  This shot clearly shows it sipping nectar with the convenient built-in straw. This is a shot with the big lens; 1/1250, f4, ISO 200 and the Nikon D810A camera.  The BugGuide.net link is here.  There "Blue Swallowtail" is indicated as a common name. 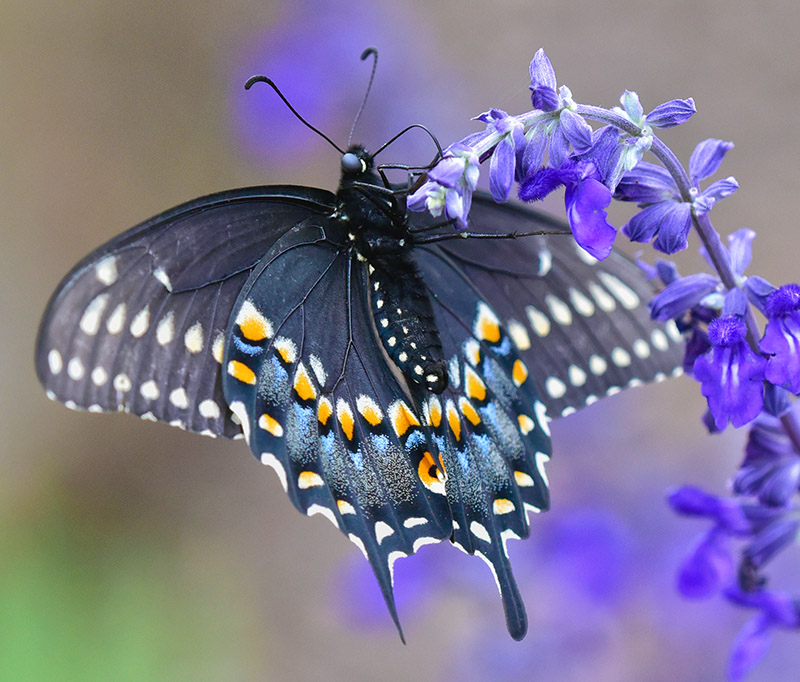 This pretty boy is enjoying the Salvia 'Indigo Spires' we just planted.  Many thanks to Gil who identified this as a male Black Swallowtail.  I thought it was a Pipevine Swallowtail, but he writes: This is a Black Swallowtail (Papilio politeness), male.  It does strongly resemble a Pipevine Swallowtail, but if you compare your photos, you can seen differences. The tell-tale fieldmark is on the lower hindwing. Do you see the row of orange and yellow spots that looks sort of like a row of teeth? Just above the third one from the left is a pale, all yellow  spot.  This spot is diagnostic of Black Swallowtail and the easiest way to distinguish it from the other species.  Spring 2015 from near The Woodlands, TX.  Nikon D750 & 200mm macro lens. 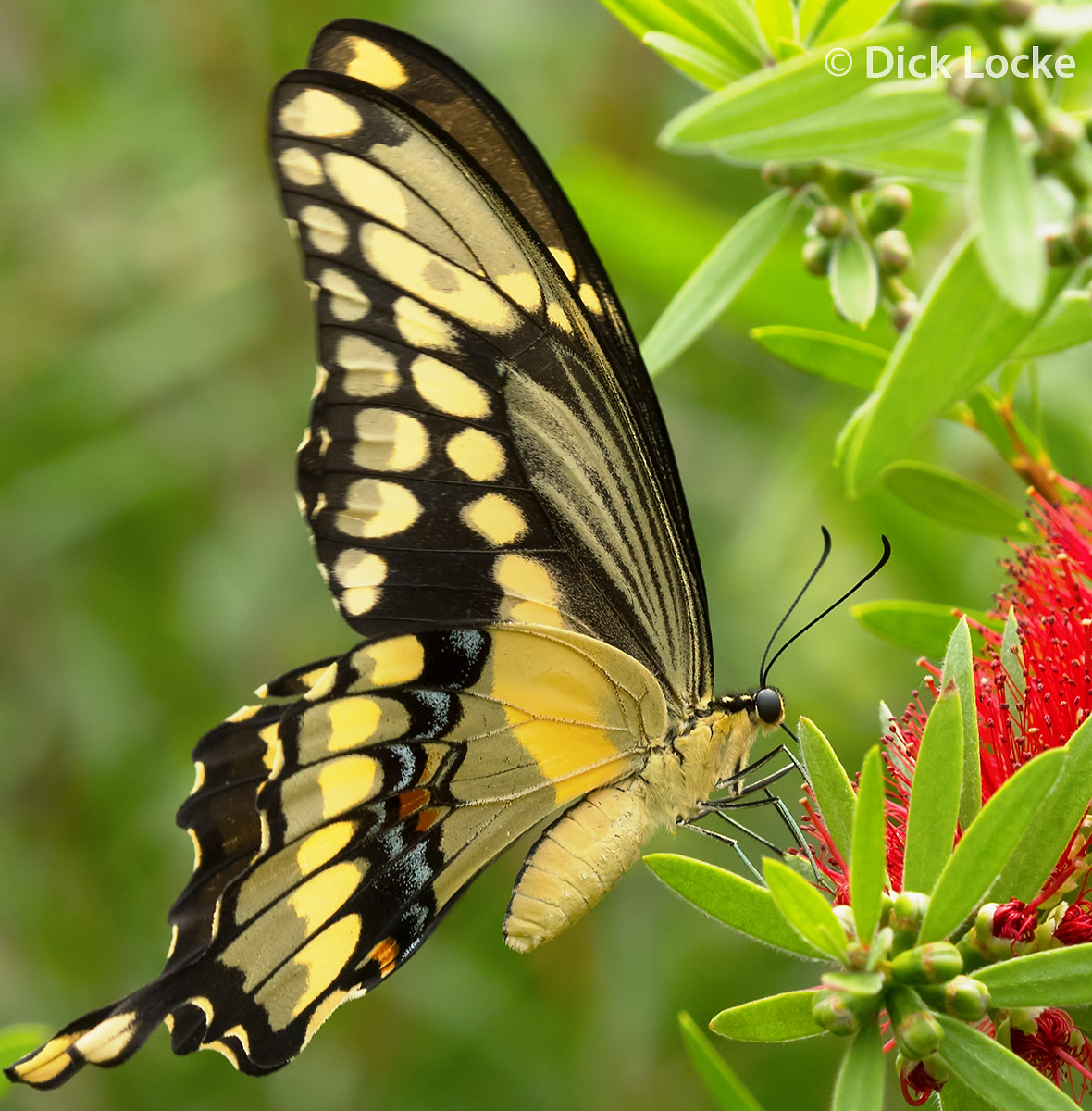 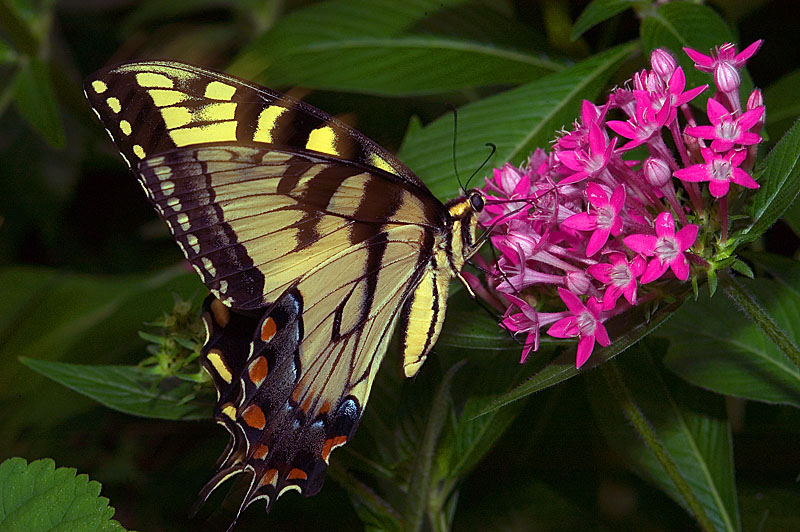 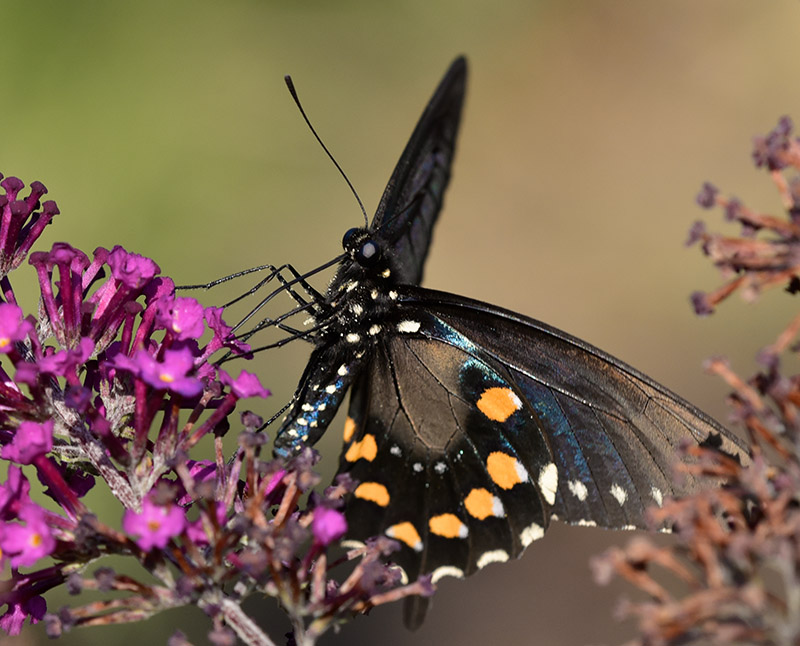 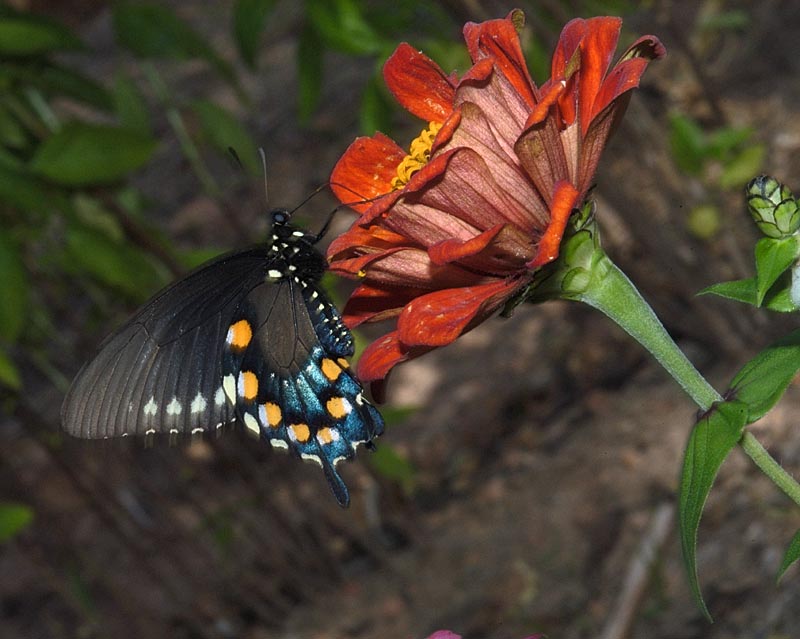 I've been incorrectly calling it a Blue Swallowtail it seems.  Gil provides the following information: Females tend to have more pale yellow spots near the wing margins, as seen in your photos, but males tend to have more blue in them.  I think the blue is a product of refraction, not pigment, so your flash could turn a black color bluer. I suspect this is (or these are) female(s). The name “Pipevine” comes from its larval food plant. I have not heard the name “Blue Swallowtail” attached to this species, but that may well be the local term.  AKA Pipe-vine Swallowtail.  October 2003, Wimberley, TX. 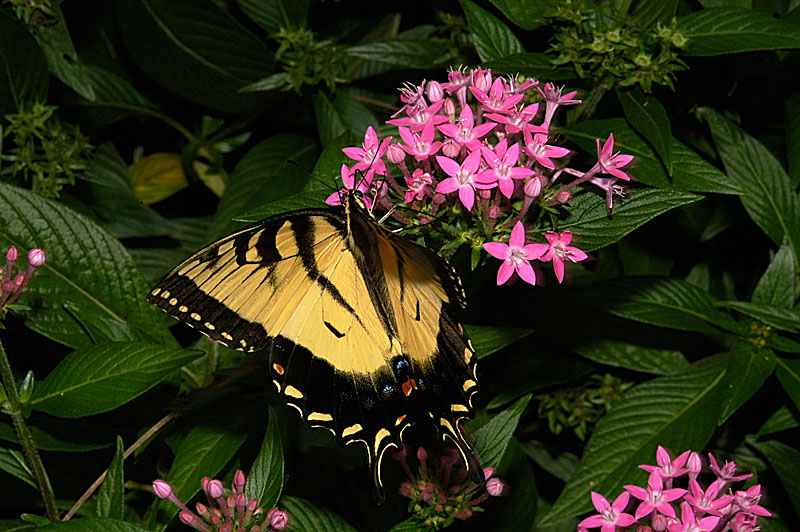 From The Woodlands, TX.  Gil says: It is an apparent male, which has fewer blue spots on the hindwing than does the female. 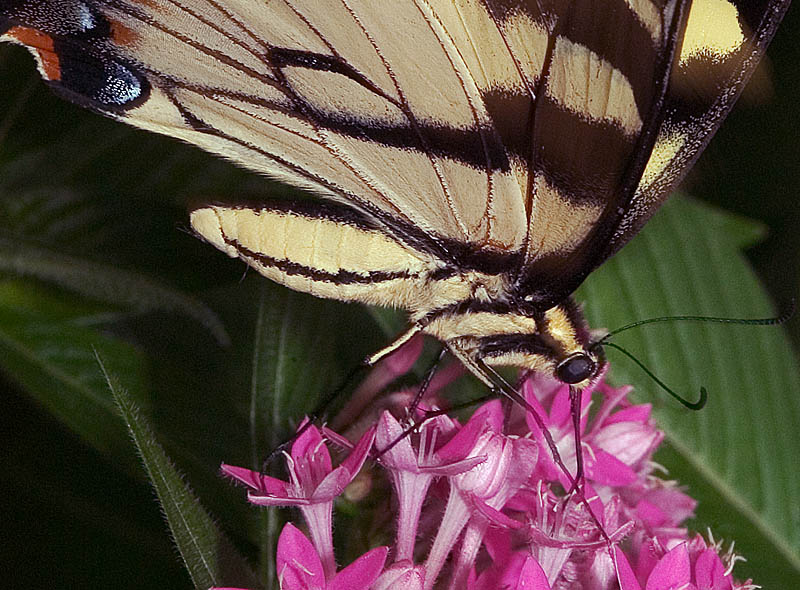 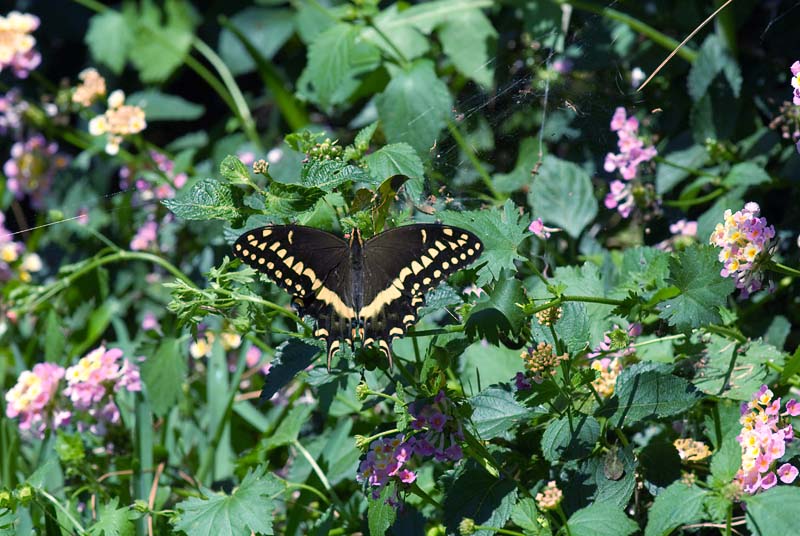 Hope you enjoyed looking at the butterfly pictures!  These are a challenge to shoot as they seldom stay in one place for long.